Skip to content
Previous Next
Royal Regiment of Canada

Below is a letter and some pictures recently sent to Chief Franks. Our small community of a hundred or so Mohawk citizens at that time lost three men during WW1 and WW2. Thank-you Harald Prins for reaching out, It is gratifying to know that our First Nation contributions are remembered.

A 26 year old Canadian Indian soldier from the Wahta Mohawk First Nation, eastern Ontario, Pvt John Laforce, of the Royal Regiment of Canada, R.C.I.C., was killed in Almen. This is an ancient Dutch farming village with a 14th-century church, about 5 miles east of the old city of Zutphen.

John was killed on 4 April 1945 during three days of intensive combat when several Canadian regiments tried to cross the Twenthe Canal. He lost his life between the Berkel and the Twenthe Canal (see photo of the small river and the village).

As you probably know, his grave is at the at the Holten Canadian War Cemetery area nearby. There were also other First Nations soldiers in this particular offensive, including Mi’kmaq and Maliseet, but also Cree, etc.  Several of them, including one Mi’kmaq, are among the more than 1,300 Canadian soldiers brought together into this cemetery.

My own father was a 23-year old Dutch resistance fighter on the opposite side of the IJssel River, heading an underground military intelligence unit. At the time, he was also incorporated as a Special Force officer and provided information about the position and strength of the Germans armed forces still to be defeated in those critical last weeks of the war.

A friend from Warnsveld, a neighboring village (whose father was the minister there), just e-mailed me these photos of last week’s commemoration at the stone. Now 85 and living in Kansas, he was a young Dutch teenager then hiding in a farm cellar when John and his comrades fought hard to defeat the German enemy which had invaded the Netherlands five years earlier. Near the place the fierce fighting resulted in John’s death. Not far from this site, some of my father’s own comrades in the resistance were executed by the Germans just a few days earlier.

In gratitude to the Canadians who fought for the liberation of my homeland. Their sacrifice is not forgotten. 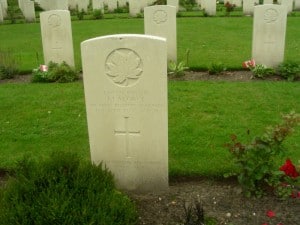 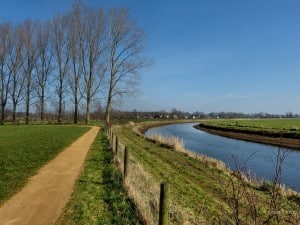