Concerns regarding the proposed Hunting/Fishing By-law

There have been some concerns regarding the proposed Hunting/Fishing By-law.  An updated by-law is long overdue, as it stands now the current by-law was enacted August 4, 1977 and it states in part:

Permits may be obtained only on production of a valid and subsisting Ontario Provincial License, if required, to fish in provincial waters contiguous to the reserve.

Persons using such permits, shall be subject to existing Ontario Provincial Regulations regarding catch limits and size limits.

Essentially Wahta Mohawks enacted provincial regulation since 1977 without any integration of our own hunting and fishing rights. It was quite a different time and place in 1977 and following the provincial rule was most likely the accepted practice. Today we know better and can assert our rights in developing our own by-laws through ongoing community consultation.

We have seen an increase in hunting requests over the past few years, as it stands now any non-member in the past that was issued a permit is likely breaking our own by-law through outdated and inapplicable Provincial standards. Permits for non members have been put on a temporary hold until the community decides how they want to proceed. This revised by-law is intended to empower the members of Wahta rather than continued conformity with Provincial regulations for 40 years now.

The new proposed by-law is a draft amalgamation of other First Nations by-laws, no Ontario regulations were incorporated at this time.  This is only a first draft and many changes are expected that will fit the needs of our community. It will also be important to discuss how the community wants our territory to be monitored.

Recently a meeting was held with the MNR to communicate our intention to implement a revised by-law as well outlining the Additions to reserve lands so they are completely clear of our intention to instill our land use rights. Animal populations and density was also discussed.

A study will be conducted on Wahta territory looking into population density and recovery.  It is important to know and understand the health of our population as well as clearly define accepted hunting practices.

This by-law process is designed to maintain our inherent treaty rights, as well as respect the rights of our sister nations as well, the various sections of the by-law should be decided by the community at the public meetings.

A community engagement meeting was held on Monday, November 20, 2017, to discuss the proposed changes to Wahta’s hunting, fishing and trapping by-law. In attendance at the meeting were William Manary (By-law Coordinator), Murray Maracle (Senior   Administrator), Lawrence Schell (Council Member) and seven community members. Councilor Schell opened the meeting by providing the background context to the issue at hand. This included speaking to the original by-law from 1960, which was reviewed and updated in 1977. The messaging provided to those in attendance was that the issue of those from outside the community coming in and taking resources is not a new issue and that is time for Wahta to examine its by-law once again to ensure its kept relevant and up to date. In addition, it was noted that other First Nation communities have also taken similar steps to manage the wildlife resources within their territories.

The timing of meetings has been brought to light as there has been a sense that there has not been enough time for discussion prior to bringing forth a new proposed by-law. The issues surrounding the first meeting and the insufficient time of notice prior to the meeting was also addressed. This matter has been addressed with the changing of the by-law schedule to better reflect the availability of the community to provide input on the proposed changes to the current by-law. The November 20th meeting will be the first public meeting on this issue and the next meeting will be the second meeting in the by-law process.

A discussion on how permits were going to be issued was started. One attendee pointed out that the traditions of long house and that there were long-standing agreements with other Mohawk nations regarding sharing of resources and that Wahta should not be infringing on those agreements by limiting other Mohawk nations access to Wahta territory. The same attendee did suggest that the issue be addressed from a more global perspective in that the leadership of other First Nations develop a joint solution. Councilor Schell did speak briefly to some of the joint work happening on harvesting issues at the Iroquois Caucus. The discussion turned toward the access to resources by non-member spouses. The issues of non-member spouses harvesting wildlife for Wahta members within their families was addressed, with an attendee making a suggestion that there may need to be a hierarchy of how groups are identified for the purpose of granting permits to hunt and fish within Wahta territory which may help to address this issue.

The lack of data in regards to population densities of wildlife in and directly around Wahta had been addressed at the meeting, and the attendees were advised that the by-law coordinator was currently working with the OMNR to gain a better sense of the trends in wildlife populations surrounding Wahta. With membership increasing and wildlife populations on the decline within the territory the need to understand how much pressure the wildlife is under is paramount for ensuring Wahta members have consistent access to wildlife resources.

Steps for moving forward will be:

Putting the past and present by-laws on the internet for all members to have access to.

The next community by-law consultation meeting will be held on January 22nd  at 6:30 pm at the administration building. I would like to encourage all members concerned with how this process is shaped and the implementation of changes in enforcement should attend the January 22nd meeting to voice their concerns and provide input into these matters.

I look forward to meeting with you on the 22nd

Important Note – November 6th Meeting has been changed to November 20th at 6:30.
Dear Wahta Members,
Greeting to all members both hunters and non-hunters. The Walleye bite is picking up before ice-in with reports of some very large walleye being caught out on Muskoka Lake near the river mouth as they start to stack up outside Bracebridge. Northern Pike are being caught in both good numbers and size near the Huntsville area. The Bass have turned their backs on the weather, they have headed to the deeper sections of the lakes in the Muskoka area where the rocks meet the weed edges. We may have seen the last of the Bass bite for the year unless we get some settled weather again. With fall here in all of it’s glory the hunting season is in full swing. I have had reports from hunters in my circle of communication that the Black bear, and Moose seasons have been successful for some and not as well for others. I have enjoyed a few trips out this year with little success, but always nice to spend time in the bush successful or not. I hope that the Wahta members have had some success in their efforts to put meat in the freezer. I would like to know if any members have had any luck with Wild Turkey hunting this year. Please drop by the office to tell me of your success or lack of success with your fishing and hunting this season.
The November 6th meeting has been changed to November 20 at 6:30 at the administration building. I would like to extend an invitation to all members, concerned with the proposed changes to the hunting by-law to attend the November 20th meeting at 6:30. We will be discussing the purpose for the proposed change, and reviewing the draft by-law. We will be providing snacks, coffee, and a door prize. This meeting is open to all members both hunters and non-hunters alike. We need your input to create a by-law that protects your rights to hunt and fish. If you cannot attend the November 20th meeting your input on this matter is still valued. Please feel free to stop by my office at the administration building to have a discussion, or make comments on the website under the by-law page.
I look forward to meeting with you either at the meeting on November 20th or speaking in person at my office at the administration building.
William Manary
Email: William.Manary@wahtamohawks.ca

Join us for the Hunting By-Law Meeting at 6:30pm on October 5th  at the Administration Building.  We will discuss the status of the hunting by-law as it stands now, including an overview of the proposed changes to the by-law and to discuss reasons for the proposed changes. This will be the first in a series of meetings concerning the by-law. The by-law as it stands now is based on the 1977 by-law 2.77 that is still in effect. After the October 5thmeeting, you will have another opportunity to come together and review the proposed by-law changes. More meetings and consultation will take place to finalize the new by-law. 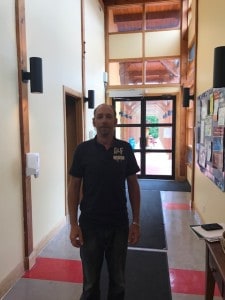 My name is William Manary, I am currently the By-law coordinator here at the Wahta administration building. I am a passionate outdoorsman, a trapper, angler and hunter. I have spent most of my life in the outdoors. Nature has provided me with many hours of relaxation, therapy, enjoyment, and countless cuts, scrapes and scratches which I proudly bare the scars from. I attended Sir Sanford Fleming College in Lindsay Ontario, where I studied to become an Earth resources technician and a Fisheries and Wildlife technician. I have always had a passion for the outdoors and my education has provided me with a greater understanding of the intricate details of the world outside.

I have lived in Muskoka for over thirty years and have watched this region change over time. I have been married for more than ten years, I have two children which provide me with great joy. I am also very concerned with the environment that I am a part in leaving them with. I am extremely passionate about sustainability and the need to leave my children with an environment which will allow them to enjoy the same wildlife opportunities that I enjoy daily.

I bring to my position a wealth of knowledge in science based management relating to fish and wildlife. I have had previous work with the Ontario Commercial Fisheries Association and the OMNR. This knowledge base allows me to step back and look at many challenges facing fisheries and wildlife management from multiple angles. I believe that with a descriptive and well-formed by-law, current Wahta members can assure that future generations of members will be able to exercise the same rights to hunt and fish that current members enjoy now. With a focus on sustainability and public safety the hunting, fishing, and trapping by-law can provide Wahta members with access to resources while protecting those resources for future generations.
Sincerely,
William Manary FWT 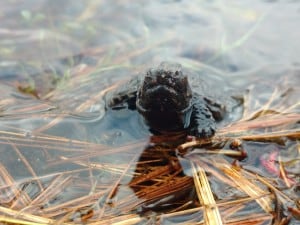 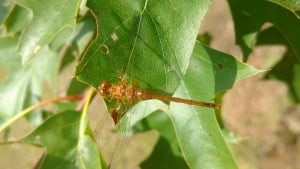